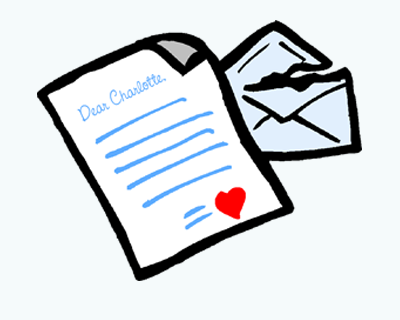 Teachers: I love to hear about how you use my music in your classroom, and your ideas could be useful for other teachers, too! Here are some of the letters I’ve received.

Words cannot describe the happiness and enjoyment that your music has given to my students with special needs throughout the years!!! In addition, your songs have also helped with my students’ language and communication skills. Thank you so much from all of my students and me! We had the greatest thrill when we saw you perform live at Cal State Northridge a few years ago.

Much love and continued success to you!!!!

Thanks for writing, Cathy!

From Jenn Chima, Abbotsford, BC:

I have attached a photo from the BCPTA Conference on Friday October 23, 2009 in Abbotsford. Thank you so much for the inspiration and confidence you have given us in teaching through music in our classrooms. Its great to know that the same songs we grew up listening to can be used to teach our own students now. You were amazing to watch, and taught us alot. Thank you so much for the experience and photo! We had an amazing time and you were all we could talk about for days. We will definately be using your music in our classrooms. 🙂 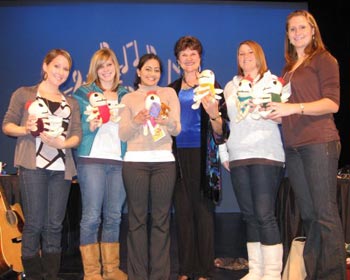 Thanks for your wonderful feedback, Jenn!

From Mary Giesbrecht, a Grade 1 teacher
on a First Nations Reserve in Port Hardy, BC:

After the Primary Teachers Conference in Richmond last year, a few teachers from my school fell in love with your song, “Leave the World a little Better.” We all bought the tape and have been using it in our classrooms.

As an entire school, we decided to make that our theme for this September. All of our bulletin board displays and classroom activities right now center around “Leaving the World a little bit Better.”

As I introduced the topic in my class, I wanted to know what the children thought the song meant. We sang it a few times and they loved it. Then one little guy piped up, “I leaved the world once. I went to Campbell River.” Soon all the kids were shouting out, “I leaved the world too! I went to Vancouver!” It took a while to straighten them out, but now they all know what it means.

I just wanted to share that with you, and also thank you for that song. It really has been an inspiration at our school. When there is a conflict, I start singing the song and the children instantly resolve the problem. When I see litter on the playground, I start singing the song, and someone will pick up the garbage. One little girl said, “my mom was yelling at my dad, and I started singing to her, ‘Leave the world a little bit better.’ The she stopped yelling.”

Who knows what the far reaching consequences of the song will be!!!!

Thank you for the wonderful story, Mary!

From Cindy Patten, a teacher at
Bayview Elementary School
School District 68, Nanaimo BC:

Hello Charlotte! I was one of the teachers who took your music and sign workshop at the Primary Teachers’ Conference in October 2002.

After a bit of practice at home, I was able to teach my K-1 class the words and signs to “Leave the World A Little Bit Better.” They practiced for 6 weeks, performed it at our Christmas concert and were a smash hit. I had costumes of head-band wire-tinsel halos and large white paper “bibs” for them that they put on over their heads. Each bib had one huge letter from one of the words “love,” “joy,” or “peace” glued on the back. During the musical interlude towards the end of the song, I had them turn their backs to the audience, hold hands, and sway to the music (at the end of the interlude, they turned to face the audience again and finish signing the song before they took a bow). It was at this point that, during both performances, the audience burst out into applause and “OOHS” and “AAHS” — many parents from my class and other classes came to me afterwards and said that the performance had made them cry! A video of the concert was taken and one parent has requested a copy to send to relatives.

I am so glad that I took your workshop and am able to pass the signing off to the kids. Bayview is a real inner city school and I find that, for a number of reasons, music makes all the difference.

Right now we are working on “My School Is The World” and I plan on having them perform it at the end of March. If you are on Vancouver Island, I would like to invite you to watch the children perform! They love all of your music!

Thanks for the great letter and idea, Cindy!

As the pandemic has limited live appearances, Charlotte has created several new videos in the Music Education Playlist of her YouTube Channel: Charlotte Diamond Official. Let’s keep singing together!

Many of Charlotte's products are available for download on iTunes and other digital platforms!